Stack and Heap are parts of memory to be used at runtime, but they are structured in different ways.

Stack: Think of a stack of plates 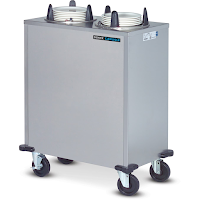 When we put more plates, we add them on the top of the pile, and when we required a plate, we take one off the top. Putting or removing plates from the middle or bottom wouldn’t work as well.

Stack: How it works? 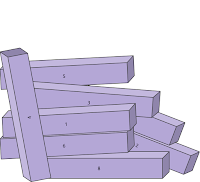 Why pushing to the stack is faster than allocating on the heap?

Because the operating system has not had to search for a place to store new data; that location is always at the top of the stack.

Why accessing data to the heap is slower than allocating on the stack?

Allocating space on the heap needs more work because you ask for some amount of space to operate the system every time. OS has to follow the pointer every time.

This scope is finished, and s is no longer valid

In this example, the letter or variable “s” is the owner of the word “hello” and is valid from the point of declaration after the start of the parenthesis “{“

and it exists valid until the end of the parenthesis “}”.

The Rust’s unique feature is ownership which enables it to make memory safety guarantees without needing a garbage collector.

Rule # 1
Each value in Rust has a variable that’s known as its owner.
Example