What Is a Microcontroller?

Basically, a microcontroller comprises one or more following components:

In a microcontroller, the function of memory is similar to a microprocessor. This is utilized to store data and programs. For storing program source codes, a microcontroller typically has a sure amount of RAM and ROM or flash memories.

These are generally used to drive or interface various devices for example printers, memories, LCD’S, and LEDs to a microcontroller.

Serial ports deliver many serial interfaces between a microcontroller and other peripherals like parallel ports.

These are used for converting the analog signal to digital form. The input signal in this converter should be in analog form as a sensor output. The yield from this unit is in digital form. The digital output may be used for different digital applications such as measurement devices.

Digital to Analog Converter performs reversal operation of ADC conversion. It changes the digital signal into an analog format. It is frequently used for controlling analog devices like DC motors, various drives, etc.

It is used for providing interruptions or delays for a working program. The delay can be external as activated by using an interrupt pin or internal as by using interrupt instruction during programming.

Several microcontrollers are used only for some special applications for example space systems and robotics. These controllers hold additional ports to do such special operations. This is reflected as a special functioning block.

We can find microcontrollers all around; every device that calculates, stores, controls, or displays information must have microcontrollers. From cell phones to smartwatches to ACs to washing machines to vehicles all are the applications of microcontrollers. We can also find microcontrollers inside keyboards, mice, modems, printers, and other peripherals. A microcontroller makes it easy to add types for example the ability to store measurements, to create and store user routines, and to show messages and waveforms. Further, the following are areas where MCUs are extensively being used: 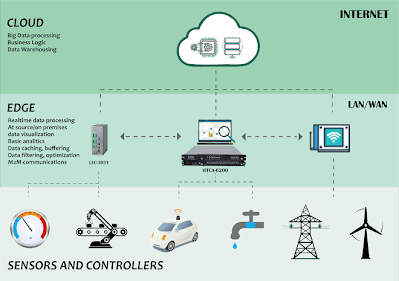 All the applications mentioned in previous slides can be implemented using just Raspberry Pi. Then why we should use a microcontroller that operates even without OS?

There are 3 reasons that push us to use MCUs: